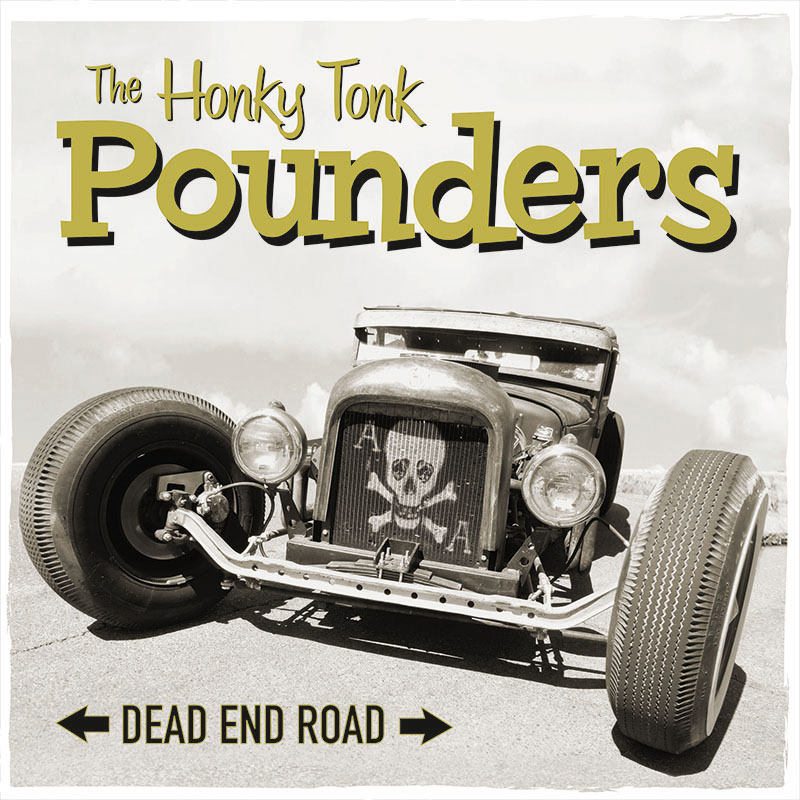 For their silver wedding anniversary in 2021, the German Honky Tonk Pounders release their fourth album. With a lot of heart and soul, passion and the still lasting joy of honest, handmade music.

Five years after their last release "20th Anniversary Session EP" the band follows up with "Dead End Road" another album on PART Records. The fine line between "we reinvent ourselves, but stay true to ourselves" succeeds amazingly well after a quarter of a century. Lots of gritty rock and roll, driving rockabilly, no frills and no compromises! The band proves that even at the age of 50 you are still able to play rock'n'roll full of energy and power. No matter if in the studio or on stage.

With the new album "Dead End Road" the trio focuses on fast rock and roll!
180g black vinyl with download. Limited to 500 pieces